Scott joined Koeller Nebeker Carlson Haluck in the Phoenix office following his graduation from law school.  During his time at the firm, he has gained valuable experience in all aspects of litigation, including pre-litigation negotiations, preliminary investigations, dispositive motion filings, discovery, expert investigations, and settlement negotiations.

Scott believes in bringing strong writing, clear communication, and focused, efficient work to every endeavor he encounters.  He strives to maintain mutual respect, confidence, and professionalism throughout his relationships with his clients.

Scott was born in Sierra Vista, Arizona.  The only child in a family that traveled for the Army, he grew up between Arizona, Maryland, and Oklahoma before returning to stay in Phoenix.  He attended Arizona State University, where he graduated summa cum laude and earned his B.A. in English Literature with a minor in Psychology.  He then attended The University of Texas at Austin School of Law where he received his Juris Doctorate in 2021.  While studying at The University of Texas, Scott participated in Law Students for the Arts, which provides pro bono legal services for independent artists in the Austin area.  During law school, Scott externed and then clerked for Justice Andrew Gould of the Arizona Supreme Court.

Outside of work, Scott enjoys baking, reading, collecting comic books, and going to the movies.  He enjoys spending time with his local friends, as well as his law school friends back in Texas, with whom he keeps in touch over regular, long-distance dungeons and dragons games.  Scott enjoys spending the weekends with his Arizonan family and his two dogs, Molly and Sammy. 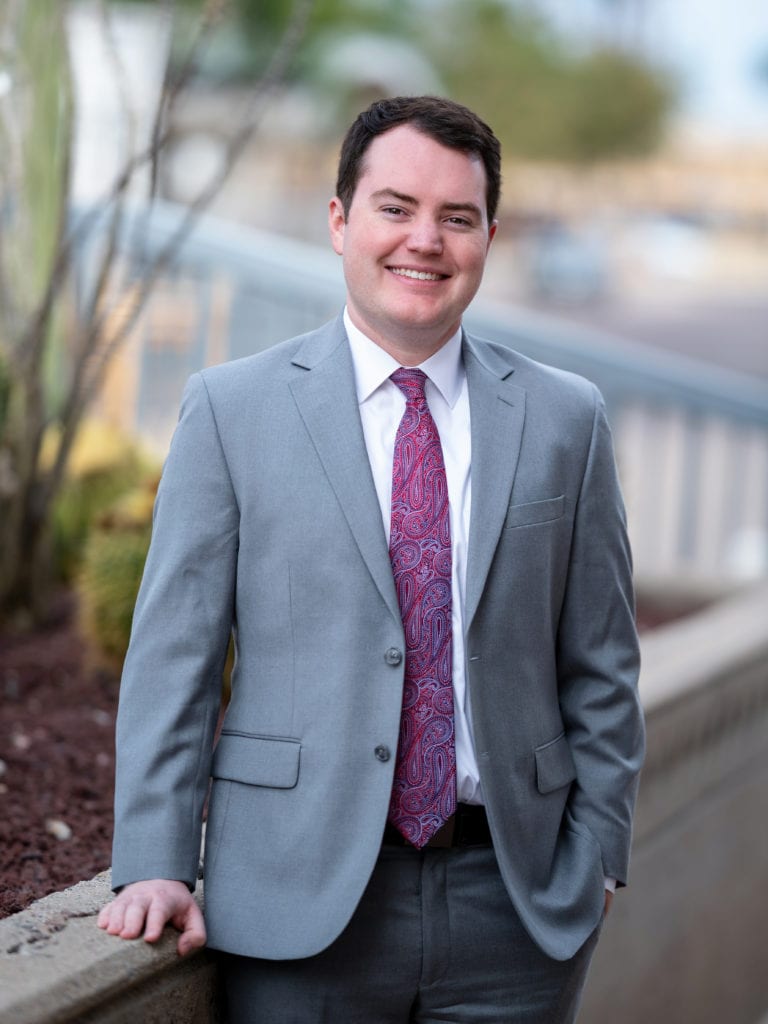