CA’s Recreational Use Immunity Statutes for Landowners and Others with Property Interests, authored by Jay M. Bulger

California is rich with opportunities for outdoor adventures. But what happens when people suffer injuries while engaging in recreational activities as uninvited guests on land owned or controlled by others?  Should those landowners be liable?

In 1963, the California Legislature enacted Civil Code Section 846, which provided broad legal immunity to private landowners when uninvited guests come onto their land to engage in recreational activities.  However, the statute was mostly ignored for decades, and, when first applied, several cases tended to restrict its application.  Thankfully for California landowners, recent court decisions, including an August 2022 California Supreme Court decision, reaffirmed Section 846 as a powerful liability shield for private landowners.

No invitation, no consideration paid, no liability

Section 846(a) states that a private property owner or an owner of “any other interest in real property, whether possessory or non-possessory” does not owe a “duty of care to keep the premises safe for entry or use by others for any recreational purposes or to give any warning of hazardous conditions, uses of, structures, or activities on those premises to persons entering for a recreational purpose,” subject to a few exceptions described below. Section 846(b) provides a broadly worded, non-exhaustive list of what could be considered a “recreational purpose.” Such purposes include fishing, hunting, camping, “vehicular riding,” sightseeing, winter sports, and “viewing or enjoying historical, archaeological, scenic, natural, or scientific sites.”

According to Section 846(c), when a landowner merely permits others to enter their land for recreational purposes, they are not assuring that the premises are safe, they are not granting visitors the legal status of invitees, and they are not assuming responsibility for any injuries to people or to property.

However, there are exceptions to the immunity.  Section 846(d) dictates a landowner is not entitled to immunity where: (1)  the landowner willfully or maliciously fails to guard or warn against a dangerous condition, use, structure, or activity; (2) the landowner grants permission to enter in exchange for money; or (3) the injured person was expressly invited onto the property by the landowner.

The broad language of Section 846 has led to recent litigation interpreting who can invite a person onto the land, what is an ownership right of property, what is recreation, and where recreation may occur. In most cases, the Courts have interpreted Section 846 broadly.

In August 2022, in Hoffman v. Young, the California Supreme Court held that landowners may be entitled to Section 846 immunity even though the person injured during recreation was invited onto the property by their son.  The Court found that an invitation by a child living on the property was not an invitation from the landowner unless the landowner had expressly authorized the child to invite people onto the land on the landowner’s behalf.  A landowners’ mere knowledge of the invitation was not enough to abrogate the immunity.

Moreover, it does not matter if the land was residential or commercial, or even suitable for recreation.   In Orenlas v. Randolph, applying Section 846 to children playing near farm equipment, the California Supreme Court held that the proper inquiry was whether an uninvited guest was engaged in a recreational activity, not whether the land was appropriate for recreation.

In Hubbard v. Brown, the California Supreme Court held that it was not just landowners who could seek Section 846 immunity.  Those with “any other interest in real property” in Section 846(a) could include someone with only a non-possessory property right, such as a federal grazing permit.

The California Supreme Court did find a limit to its broad interpretation of Section 846.  In Klein v. U.S., the court held, while Section 846 absolves landowners from dangerous conditions on their land, it does not absolve landowners from their own actions on the land, such as reckless driving.

The California Appellate Courts have likewise applied Section 846 immunity where people were engaged in more common “recreational” activities like horseback riding, bicycling, and swimming, and in more diverse scenarios.  In Jackson v. Pacific Gas & Electric Co., the court broadly interpreted “recreational activity” to include retrieval of a kite that was stuck in a power line. The Court also allowed the easement holder, PG&E, to assert Section 846 immunity even though the landowner expressly invited the child onto the land.  In Charpentier v. Von Geldern, the court rejected an argument that the plaintiff was only “cool[ing] off” in a river and not engaged in a recreational activity. Likewise, in  Manuel v. Pacific Gas & Electric Co., the court found that the climbing of a transmission tower was a recreational activity even though not allowed.

In Wang v. Nibbelink, one Court found that an injured person not on the land and not engaged in recreation was still barred from suing a landowner.  The Court extended immunity to protect landowners when recreational activities on one landowner’s property injured a person on a neighboring property who was not engaged in any recreation.  The Court relied on Section 846 to bar the claim of a woman walking out of a bed and breakfast when she was trampled by a horse who had escaped from the adjacent property during a stagecoach reenactment.

Section 846 can be a powerful defense for landowners from claims by uninvited guests injured on their properties while engaged in recreation.  While Section 846 will not be applied if a landowner expressly invites a person onto the property, accepts money for the person to come onto the property, or maliciously or intentionally fails to guard or warn against a dangerous condition, the recent California Supreme Court decision in Hoffman and the other key cases show that the Courts are willing to apply Section 846 immunity and protect landowners in broad and diverse scenarios. 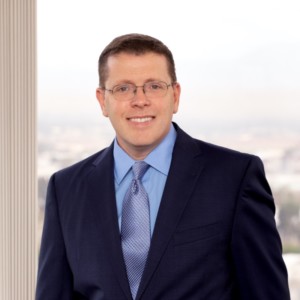