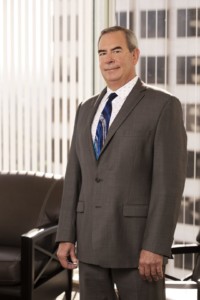 When California’s SB-800 – its Right to Repair Act – was passed by the legislature and signed into law by then-Governor Gray Davis in September 2002, it reflected a movement by state governments to create and extrajudicial process that forced homebuilders to respond to homeowners’ construction complaints with an urgency and focus that were deemed to be lacking.

On paper, SB-800’s definitions of construction defects and its strict timelines for homebuilders’ responses to homeowners’ complaints seemed an effective was for homebuilders and homeowners to resolve complaints about alleged construction defects without costly litigation.  In practice, SB-800 (codified in California Civil Code §§ 895–945.5) works as intended when a single homeowner notifies a homebuilder about a discrete defect, such as a leaking bathroom shower. But today, promptly resolving mass-marketed construction defect allegations within a strict SB-800 construct is as quaint as expecting gas station clerks to pump your gas and check under your hood.

SB-800 was not crafted to efficiently deal with “whole-house” claims. Whole-house claims arise when dozens of homeowners, led by plaintiffs’ attorneys and their consultants, send a phalanx of complaints to their homebuilders that are general in nature and allege defects in every component of their homes. They are the antithesis of the discrete claims SB-800 was designed to resolve.

Whole-house claims pose problems for homebuilders seeking to comply with SB-800.  First, these omnibus allegations attempt to shift the burden onto a builder to determine what, if any, defects actually exist. When determining whether defects exist across dozens of homes before SB-800’s deadlines run their course, homebuilders are forced to choose between responding to dozens of broad claims while conducting numerous initial inspections, on a “Where’s Waldo?” basis, or risk missing those deadlines.

Second, whole-house claims under SB-800 are problematic for homebuilders whose subcontractors may be required to participate in repairs and/or defend and indemnify the homebuilder. SB-800’s deadlines and notice provisions are often insufficient to provide notice to those subcontractors who were off of a particular job for years. Additionally, a homebuilder who decides to promptly fix an alleged defect caused by a subcontractor risks subcontractors claiming they were prevented from inspecting the condition, determining who else to blame, and deciding for themselves how to remedy the situation.

Third, SB-800 does not sufficiently account for the important role of insurance companies in the resolution process. Insurance is the lubricant that allows the unwilling to pay the undeserving. Oftentimes, a contractor only gets the attention of insurance adjusters regarding construction defects by forwarding a lawsuit. However, SB-800 does not require insurance adjusters to participate in its pre-litigation claims-resolution process and raises the issue of voluntary repairs outside coverage. Thus, the parties to a construction defect dispute (especially in non-wrapped projects) frequently have to work outside of SB-800’s framework and invoke the authority of the court system to bring insurance proceeds into the resolution process.

When whole-house claims are shoehorned into SB-800’s framework, the parties involved are often forced to investigate and offer repairs before making a cogent analysis of whether the attendant costs are worth incurring. Homeowners must determine if they want outside workers ripping open their walls on multiple occasions. Homebuilders and their subcontractors, as well as the homeowners’ attorneys, must decide how much they are willing to invest in litigating or resolving the dispute without knowing exactly what defects, if any, are actually lurking behind those walls and dollarizing the risk and value of buying a release.

An alternative methodology for resolving California multi-party construction defect claims is a hybrid approach.  In the hybrid approach, parties to the claims agree to comply with SB-800 under customized timeframes while simultaneously proceeding with a lawsuit to protect the parties from waiver and encourage participation. Once the lawsuit is filed, the parties agree to modify SB-800’s timelines while continuing their investigation of the homeowners’ claims. Once the parties’ investigations have proceeded to where they are sufficiently informed, they can mediate the dispute and reserve repairs that neither side may be anxious to invoke.

This approach allows the parties, particularly homebuilders, to avoid the three problems mentioned earlier.  Homebuilders can include all of the necessary parties and resources, including subcontractors and insurance policies. Complying with SB-800’s investigatory and information-sharing requirements allows the parties to conduct robust investigations and then discuss the implications of their findings. As a result, when the parties mediate their case, they will be more informed about the defects at issue and will be in a better position to make repair and/or monetary offers than if they had proceeded solely under an SB-800 march to the sea.

This hybrid approach permits and encourages the parties to spend their resources with a broader vision toward a permanent solution. Everyone gets a chance to look before they leap. Homeowners and their attorneys can control their expenses so they do not get upside down on a case before sampling solutions communicated through a neutral. At the same time, homebuilders and subcontractors can factor into their settlement offers the actual cost of repairs, encountering complications inherent in that adventure, and the value of a release of all known and unknown claims against them and their carriers that can avoid parsing coverage in favor of terminating a risk. If the parties cannot agree that a monetary payment to the homeowners would resolve their claims, a homebuilder can make repairs to the homes at issue, which may reduce the scope of remaining issues to a manageable level.

SB-800 works well for discrete residential construction defects claims. A rigidly applied pre-litigation process tends to buckle under the weight of the quantity and speciation of issues often aggregated against a particular homebuilder. A flexible hybrid approach to resolving these claims marries the best aspects of SB-800 and the mandatory aspects of litigation while reducing the inefficiency and uncertainty that plague both forums.

Edward W. Schmitt is a partner in Koeller Nebeker Carlson Haluck, LLP’s Irvine office, focusing on the representation of developers and general contractors in residential and commercial construction litigation. edward.schmitt@knchlaw.com